Ark / Uncategorized / Hold on. Back up.

As I sit here, about to write this, I have a deep, uncomfortable feeling in the pit of my stomach.
It is the feeling of realizing I have just lost about six years worth of work.

And it is completely, unequivocally, my own, stupid fault.

Hopefully, by being the seven-thousandth person to share his story of how I should have backed up my files, I can prevent some-one else from making the same mistake.

Even though I feel this might be  something you don’t learn until it has happened to you once or twice.

Lets start at the beginning, because really, there isn’t any other place to start.

It’s important to note, for those who might read this but don’t know me, that I am a freelance photographer, among other things.
I’ve been an active photographer, both professionally and personally for over ten years, six of which digitally.

Today I was going to take the time to clean out obsolete files from my PC, uninstall anything I didn’t need, then upgrade windows 7 to windows 8 and then install everything again.
I got up early to do this, and made the necessary preparations. 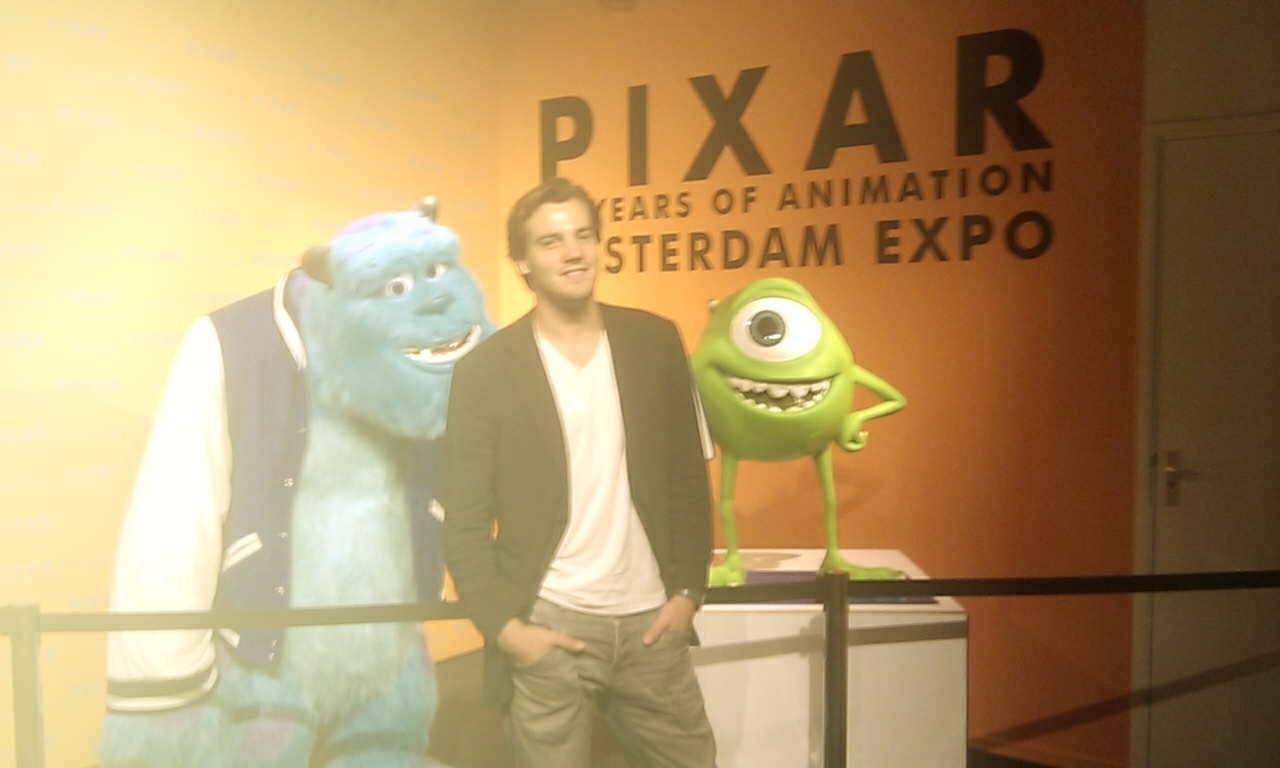 Me, the dumbass, smiling at the Pixar expo

Having spent a great day, I came home to find that I still had to do a butt-load of backing up, uninstalling and installing to do.

“Well” -said windows 8- “you could just upgrade, I’ll keep all your apps, files and settings, for realsies!”

That sounded just great, actually. I could just upgrade my windows, and everything would keep working, I figured.

Lo and behold, several hours of waiting later, the process actually seemed to have worked.
I booted up photoshop, worked like a charm. I booted up Rayman Legends, it worked, savegames and all.
So far so good, let’s continue onto Lightroom 4.

I’m thinking it’s okay. the catalog file is still somewhere. The migration over to windows 8 must’ve just changed some folder structure and now the program can’t find it, no biggy, these things happen all the time.
Let’s go hunting for the lrcat file in windows.old (where windows stows all the previous windows stuff when it installs a new version).

Heh. Anything under ‘user’ is empty. That must be because the upgrade process moved all my personal files to the new windows folders. Heh. Then where is the catalog file, it’s not in the new pictures folder.

Let’s do a C:-wide search for ‘Lightroom 4 catalog.lrcat’ , that should find it, no-matter if it’s in the windows.old or the new windows, or whichever obscure folder it decided to put it.

Two results. Both shortcuts which refer to a location which is now empty.

It’s gone. It must have gotten conflicted with something at some point and been lost in the process.
The worst part is, the last think I considered before heading out the door this afternoon was backing up my Lightroom catalog.
It crossed my mind several times in the past two days, actually.

Now many of you who don’t use Lightroom must be thinking, ” what in the sweet glorious **** is a catalog file, and why does it matter so much that you have it”
“Surely you still have all your pictures, right?”

Here’s the thing. Yes I still have all my pictures, and no, I don’t have my pictures anymore. Because Lightroom did several things for me.

The coolest feature about lightroom is that it employs non-destructive editing. Wich means I can go in, edit a picture, and still have the original sitting on my hard drive. The edited picture can be exported to anything, and if I ever want to go back and change stuff, or do a completely new edit, I can do that, because Lightroom didn’t change the original file. Keeping track of what has been edited on what picture, is part of what the catalog file does. Losing your catalog file is akin to having all your processed photo’s destroyed and only having negatives left.

As someone who employs a lot of post-processing, I can tell you that ‘my’ pictures are gone. All that’s left are the negatives.

I still have all my pictures, some fifty thousand-ish raw files sitting on various hard drives. Duplicates, back ups, odd dating structures.. they’re all still there though. The catalog file made sense of all that mess and divided it all in logical collections and sets. I used to be able to go into lightroom, and find the pictures to a party I shot three years ago within five seconds. I’d engage a filter and see exactly which of those pictures were delivered to the client back then.

Now I have to re-import and re-index those fifty thousand photo’s. There goes my wednesday.

In the end I am extremely lucky that the next set I had to deliver was already sitting exported, on my desktop. Having to re-do the wedding pictures I had just worked on for over a month would have killed me, and would have made one client very, very unhappy. 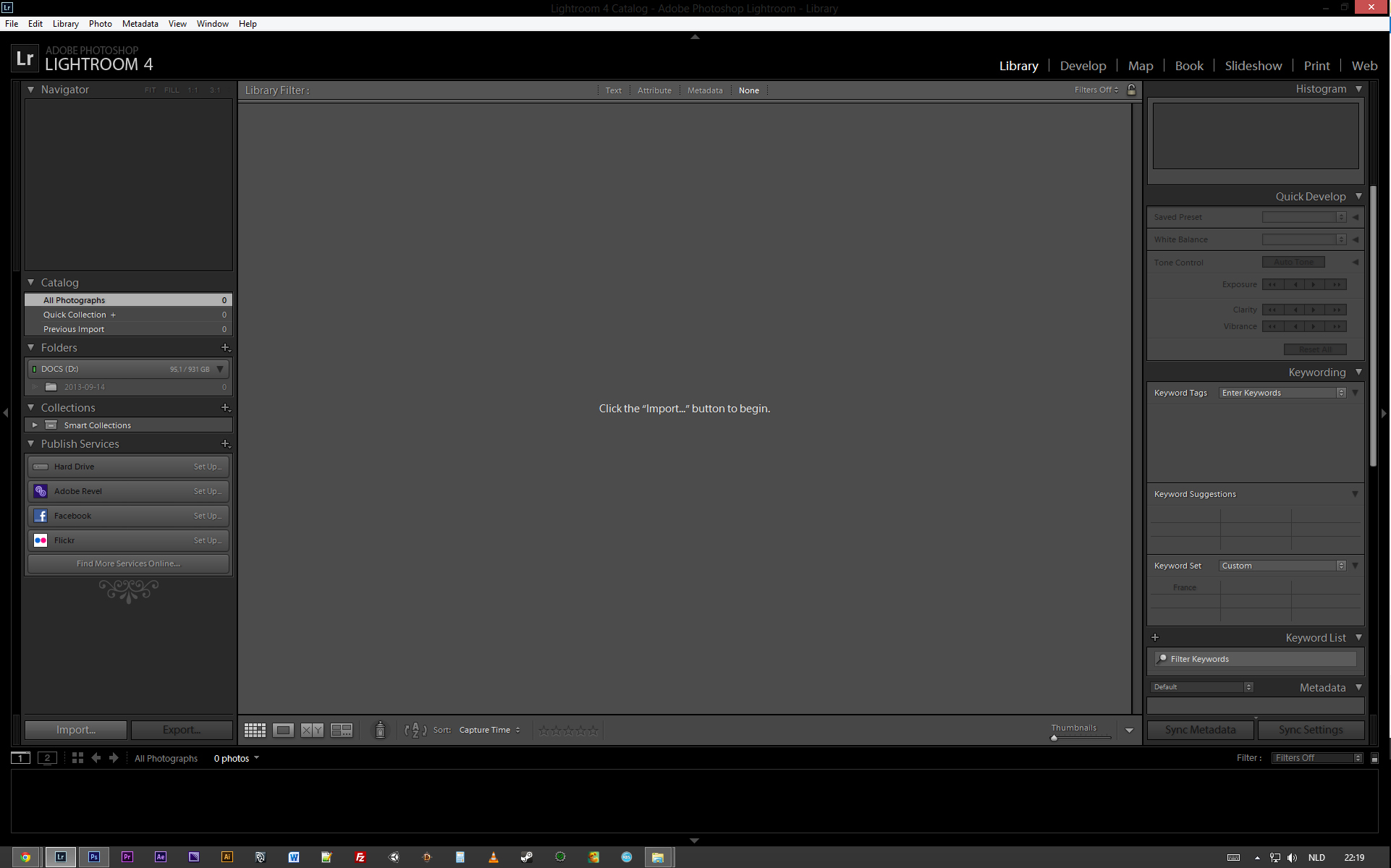